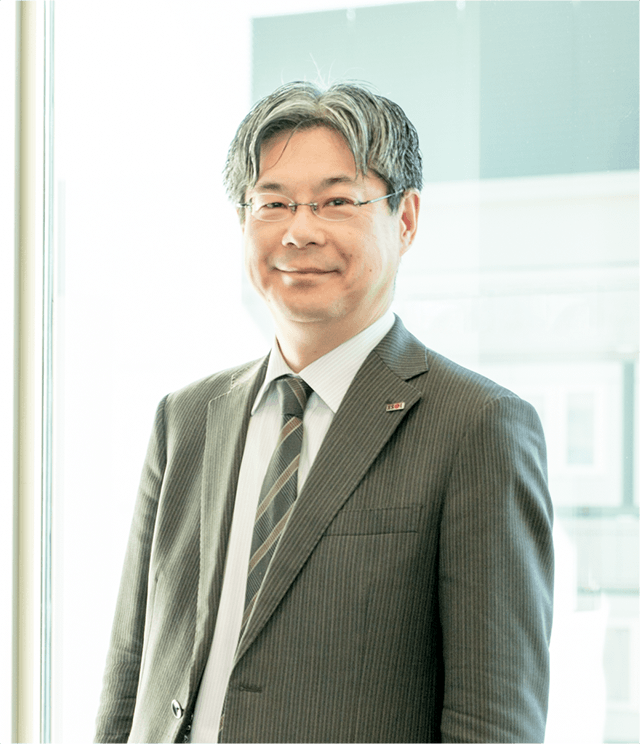 Shinichi Suzuki joined MITSUBISHI Electric Corporation in 1982 and began working in photovoltaic power system business in 1995. In June 2013, he was appointed as a Chairman of Japan Photovoltaic Energy Association for a two-year term. He joined XSOL in July 2015 and took up his present post in last August.

We are destroying our earth by ourselves.

Today most of energy comes from fossil fuels such as oil and coal. The global warming due to CO2 emission increase has been discussed as the serious problem along with various environment pollutions. It is fossil fuels that we have been consumed and depended heavily on as a lifeline. The issue of these energy resources involving the security of the nation has been the one of the causes of the international dispute.

Considering the future of the earth, it is a big role for Japan which has no resources to show the solution to energy problem to the world in improvement of the energy self-sufficiency ratio as well as the solution to the environment pollutions. We believe that it is urgent business among other things.

Against the reality that everyone had been forced to choose fossil fuels, We XSOL believes that it is our mission to create the electric power using infinite solar energy and to make the photovoltaic power which is clean, domestically produced and self-sufficient energy widely available.

To realize that mission, we are attempting to reduce the total cost by offering the one-stop solution covering from engineering, procurement, construction to maintenance and challenging to introduce the photovoltaic power generation as many users as possible.

In order to spread solar power generation as “energy of the nation”, we think that security and reliability with cost reduction is the most important thing. Therefore XSOL has been focused on the quality of everything including the construction as well as apparatus. We are planning to improve and maintain the quality for the long-term stable operation by O&M and fulfill the various guarantors aiming to provide the integrated solutions in all fields reaching from the large-scale power stations to residences including ZEH.

We human being living on the earth should be more modest for the nature and being kept alive. Today unexpected abnormal weather and unprecedented natural disaster are taking place all over the world. Toward the realization of the PV100 year design which the country is proposed while promoting the widespread of limitless and renewable solar power, XSOL will do our best to contribute to the people’s living and society with cherishing gratitude for the nature and for being needed.